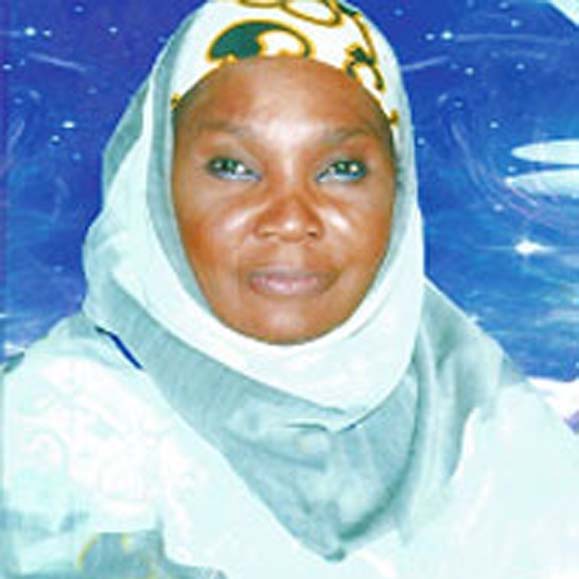 Hajia Salamatu Garba is a Nigerian and has a B.sc in Botany and M.sc in Plant Pathology from Ahmadu Bello University in Zaria, Nigeria. She received her Gender Trainers and Development Post Graduate Certificate from the Centre for International Development and Training, University of Wolverhampton, in the UK. She has bagged a Doctorate Degree from the Institute of Excellence in Dubai, as well as PhD in Sociology of Peace under the United NationsUN-polac, which has led to her enormous performance and leadershipin Community Development Initiatives across the African region. Hajia Salamatu is the founder of the Women Farmers Advancement Network- WOFAN formed in 1993 while she was still a lecturer at two Nigerian Universities, ABU Zaria and Bayero University, Kano.

WOFAN was formed as a response to the plight of the rural women in Northern Nigeria, as people who are voiceless, poor, and dependent on poor resources using local/ indigenous technology. The low literacy level and lack of awareness on many socio- economic issues of the rural women was also the bedrock for the establishment of WOFAN and interest in rural development!  –

WOFAN’s aim is to improve and promote the economic, social, and political empowerment of rural women and youths to transform agriculture into business and develop positive linkages across all the agricultural value chains including access to finance and technical know -how. WOFAN over the years has supported thousands of households scale up and diversify their income, constructed and supported hundreds of water and sanitation facilities in schools and Islamiyah centers across Northern Nigeria to support rural access to safe drinking water as well as education and improved livelihood of the girl-child and women empowerment (www.wofan.org).

Served as the team lead for the water alliance and development project (WADA Project), which targeted 69000 school pupils from 23 communities as behavior change agents for improved environment and livelihood especially focusing on girl child and out of school children.2009

Hajia Salamatu Garba has served in various capacities including:

Served as Lead Consultant for the USAID-Nigeria- Water project, between 2009 - 2012, targeting Sokoto, Kano and Bauchi states to improve access to safe drinking water and enhance food security reaching out to over 15,000,000 beneficiaries for multi- uses of water including integrated farming through rain fed and irrigation agriculture to enhance food security and access to safe drinking water-2009 to 2014

UNDP-GEF Food security project in Nigeria 2017– 2021 targeting 42,000 farmers in 7 states of Nigeria with the aim of promoting adaptation to climate change and promoting sustainable integrated and climate -smart agriculture.

Country Advisor and gender specialist on ICON of Hope project a post covid-19 interventionsin partnership with MasterCard Foundation to support 30,000 farmers especially women and youths to enhance livelihood through agribusinesses, job opportunities and social inclusion in 4 states of Nigeria.

Salamatu has received several awards within Nigeria and across the globe including in November 2006- was honored for the first distinguished award in grassroots mobilization in UK by the Commonwealth Business Council in partnership with NEPAD and Women in Agriculture and Environment Network.

November 2012: Honored for Empowerment of Women in Infrastructure in Primary schools in Northern Nigeria by National Institute for Hospitality and Tourism Baguda Lake, Kano state.

June 2013:“Valued and Inspirational leadership” award, by the Nigerian Leadership Initiative (NLI) in partnership with a USAID funded project in Nigeria.

June 2014-2015: year award of leading the most agric friendly NGO in Nigeria and reaching out and supporting over 5 million rural women and youths in 7 Northern states of Nigeria.

March 2014“Rare GEM AWARD on MDGs” by the United Nations Information services (UNICS) and WODEF (Women’s Optimum Development Foundation) in Lagos-Nigeria. for achieving a significant target in providing access to safe drinking water across board in Nigeria especially school and out of school children.

April 2017: Ashoka Fellow- Nigeria- became an Ashoka global fellow in 2017 and Steering committee member of the Women for water International- The Netherlands as an outstanding social entrepreneur with scalable and replicable social and financial inclusion project targeting mostly women and girls in hard-to-reach environment and circumstances

September 2021: Value4Her Award winner of AGRA-USAID-AFRICA2021 Agripreneurs of the Year Award (WAYA 2021) Issued by African Green Revolution-AGRF and AGRA held in KENYA. Competedfor by over 2,500 applicants from 21 African countries.

Recognized for leading over 5,000 fully registered women and youth- led agribusinesses along various crop value sectors in Nigeria where 80 percent of beneficiaries are women of low income background and female headed households.

September 2021: Lifetime Achievement Award- UN-POLAC and UNESCO- Nigeria as the “Ambassador of Peace Award” for sustainable improvement in the qualities of lives of over 45,000 groups of 30members each from inception of WOFAN in 1993 to date and still up scaling Issued by United Nations- POLAC and UNESCO-Nigeria · Sept 2021

February 2022:“Outstanding NGO Award” for Contributing towards the development of Center for Dryland Afgriculture (CDA) by Bayero University Kano State.