WOFAN has commenced a Nutrition awareness campaign to the rural communities of Kano state as an “add on”, to its ongoing increased agricultural activities that is targeting 7011 rural farmers and processors who are scaling up rice and groundnut production to increase income and family nutrition.
WOFAN in partnership with SONVISAGE Nigeria Ltd, a Health and Nutrition focused private sector in collaboration with LGA primary Health care kick started the exercise by setting up a mobile NUTRITION clinic in Dawakin Kudu LGA in January 2017 to screen the nutritional status of children under 5 years old.
The nutritional status of 20 children, consisting of 10 boys and 10 girls, was screened using the newly introduced GROWTH SCREENING WHEEL (GSW) developed by SONVISAGE Nigeria Limited with the support of WOFAN, which is a simple device that conveniently screens under 5 years boys and girls simultaneously that can classify their malnutrition levels into mild, moderate or severe malnutrition (Wasting/Stunting/Obesity) as the case may be; in a fun, easy to understand and interactive manner.
In addition to the GSW, the nutrition monitoring team also used an infantometer, a stantiometer and the weighing scale for the comparative analysis.
The weights and heights of older children(above 5years), were also taken and then measured on the GSW against WHO standards for each child’s age-group so as to conveniently present the standard z-scores of the weight-for-age, height-for-age, weight-for-height and other growth indices of the child.
Speaking during the exercise, WOFAN’s Health and Nutrition Team Leader, Dr. Nathaniel G. George explained that under-5 malnutrition is a serious problem in Sub-Saharan Africa which has the highest prevalence of hunger in the world.
He said, “In Nigeria, the North has the highest prevalence of malnutrition, with the insurgency in the North-East further worsening the situation.”
He further explained that the Growth Screening Wheel was developed as part of WOFAN’s efforts to stem the raging malnutrition in the country and contribute to the attainment of SDG 2 (Zero hunger) through effective and efficient monitoring of the growth of under risk children.
At the end of the exercise, the screening revealed that 5% of the target groups were severely wasted and 25% were severely stunted. It was also established that 75% of those in wasted and stunted categories were girls.
Mothers of the at-risk groups were immediately given nutrition advice and nutritional rehabilitation, using some of the highly nutritional foods produced by the WOFAN women groups such as the Babylac,( a highly nutritious , protein and nutrient rich baby formula) made from home grown grops that includes rice and groundnut. In addition, the health and nutrition team will continue to monitor these at-risk groups for another six months to track their progress.
The GSW was tested for the first time on the field at this event. And, its efficiency, user friendliness and interactive characteristics were established. The exercise also demonstrated the undeniable place of the GSW as a valuable tool for screening under-five years for malnutrition. 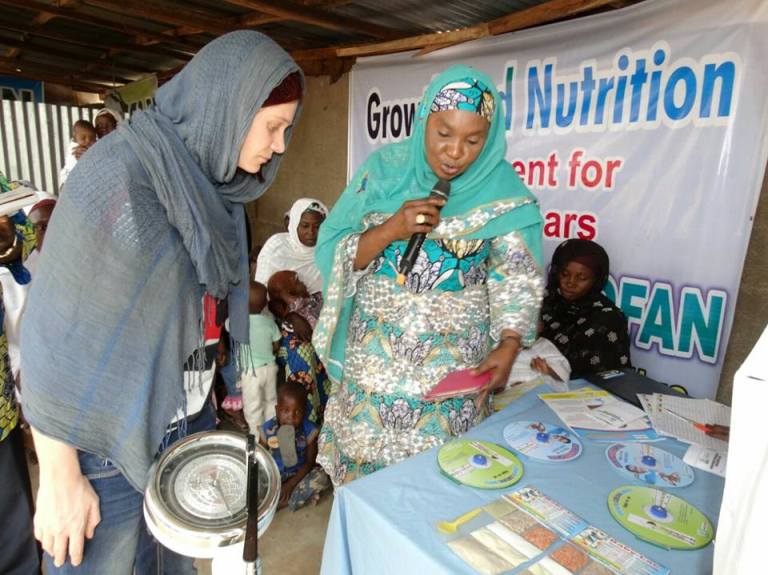 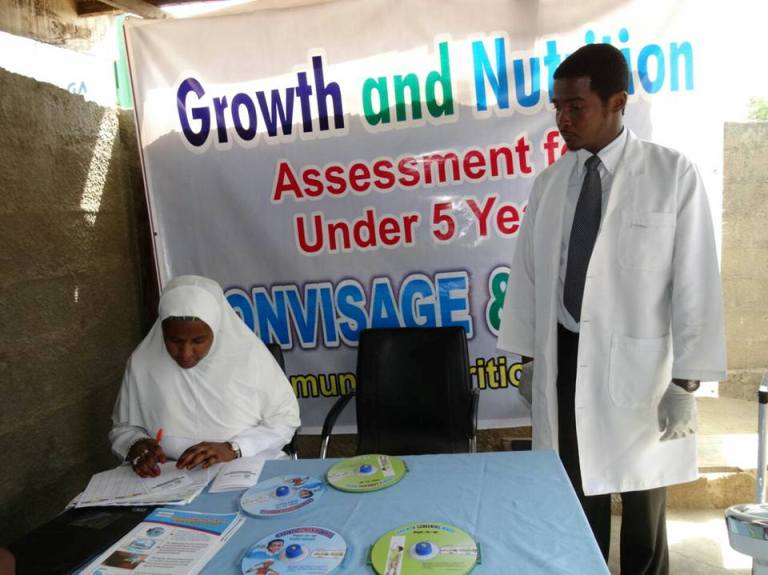 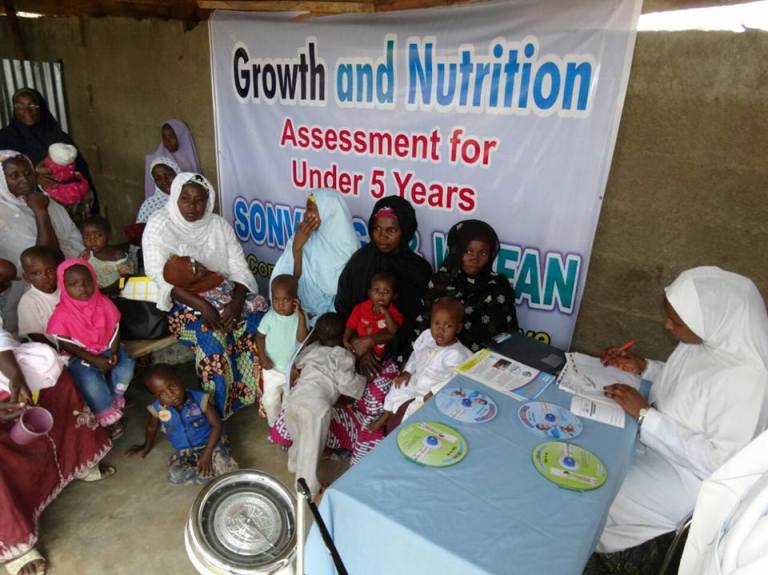 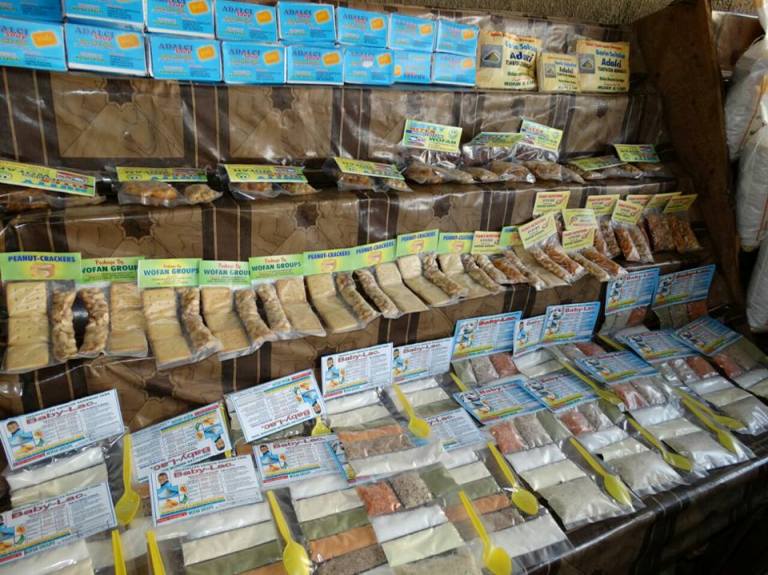 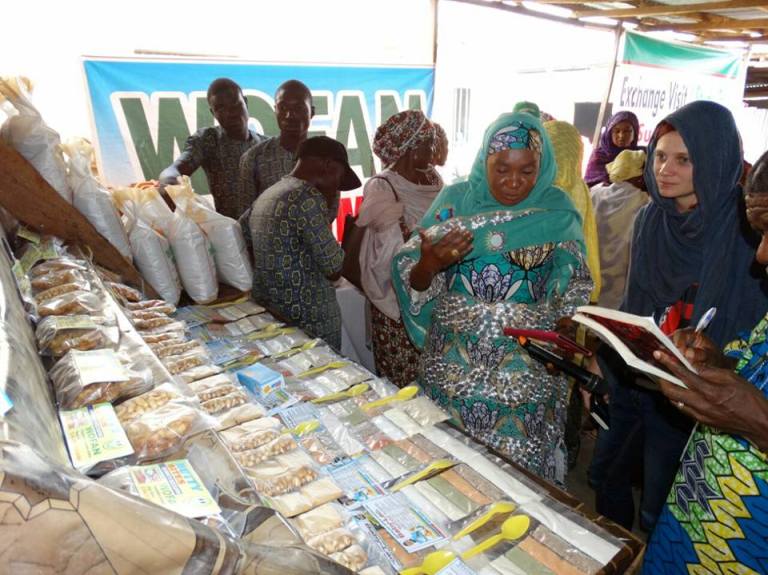 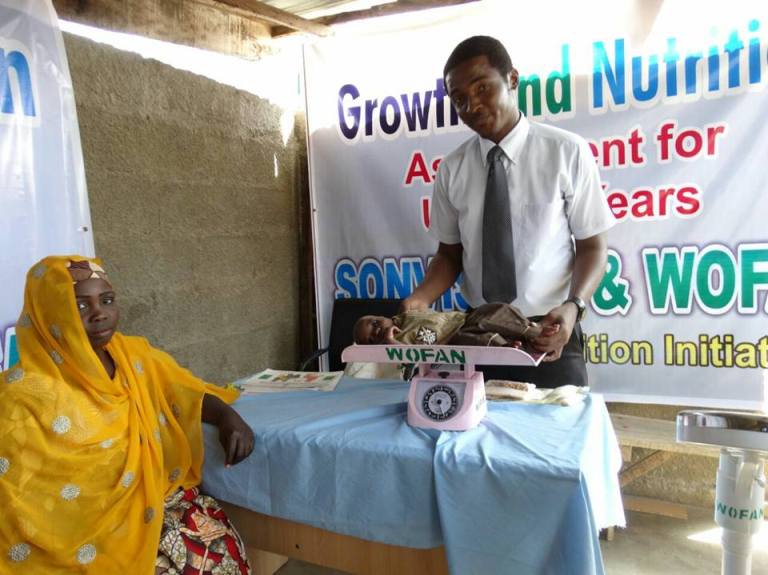 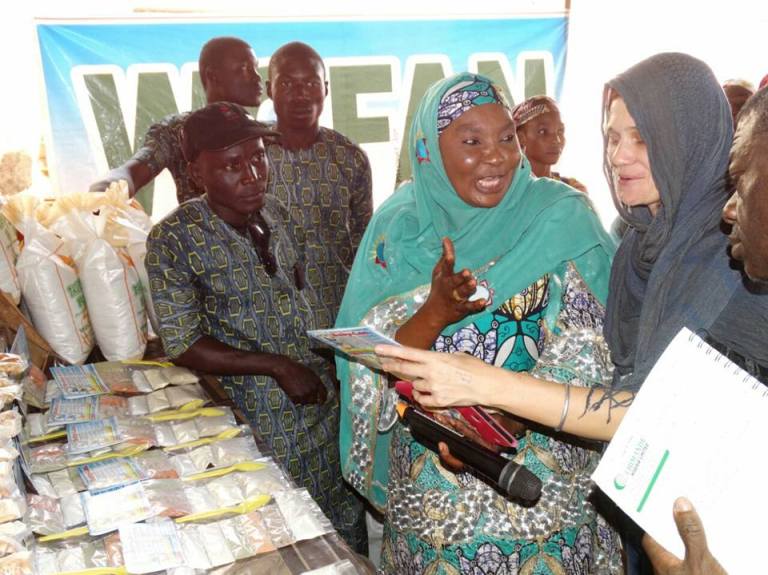 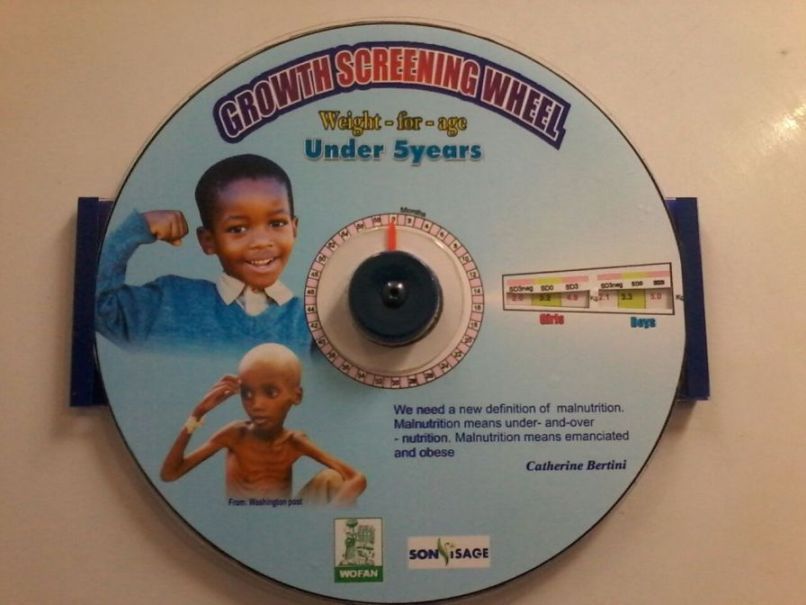 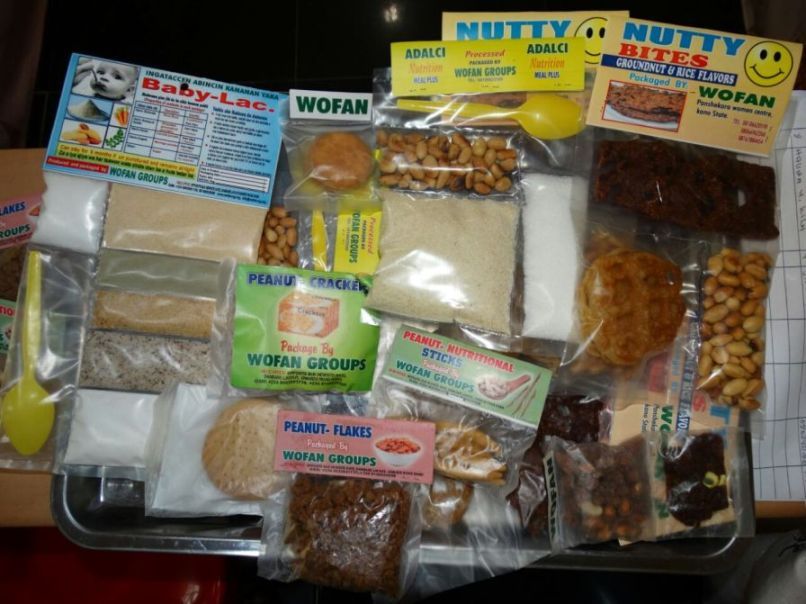 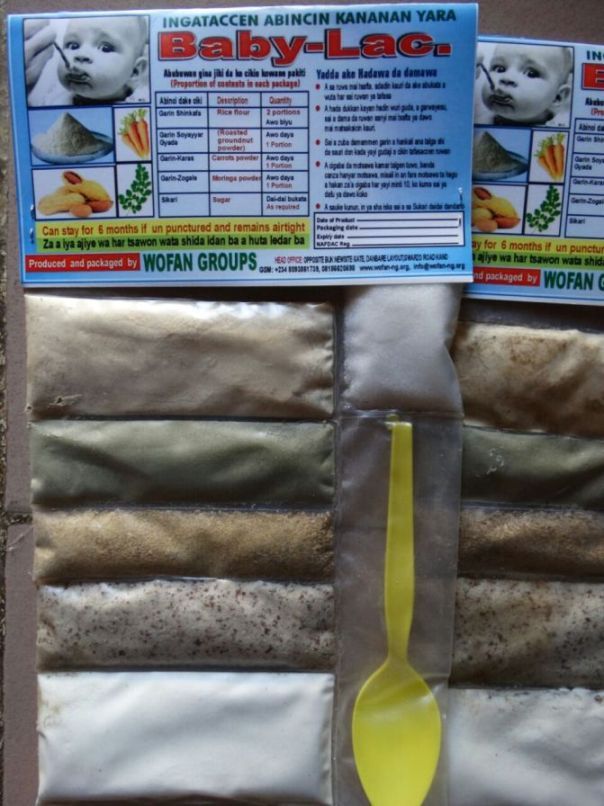 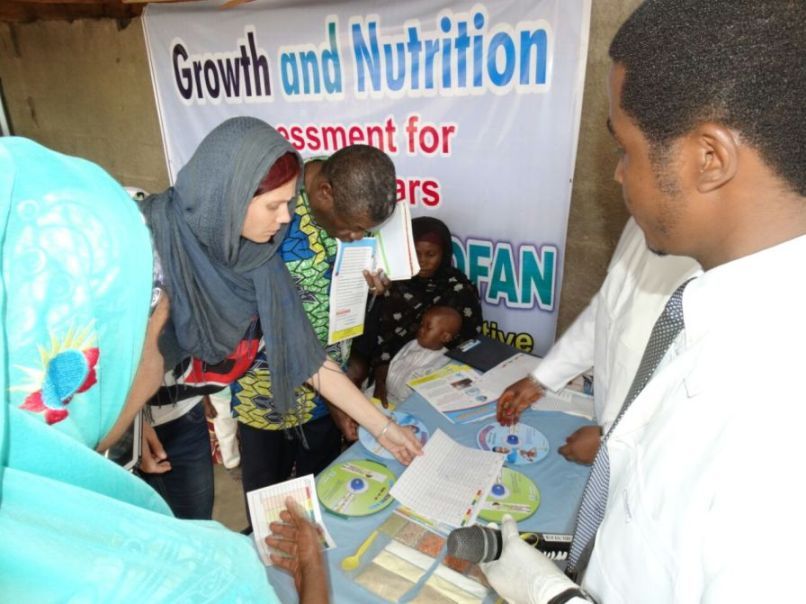 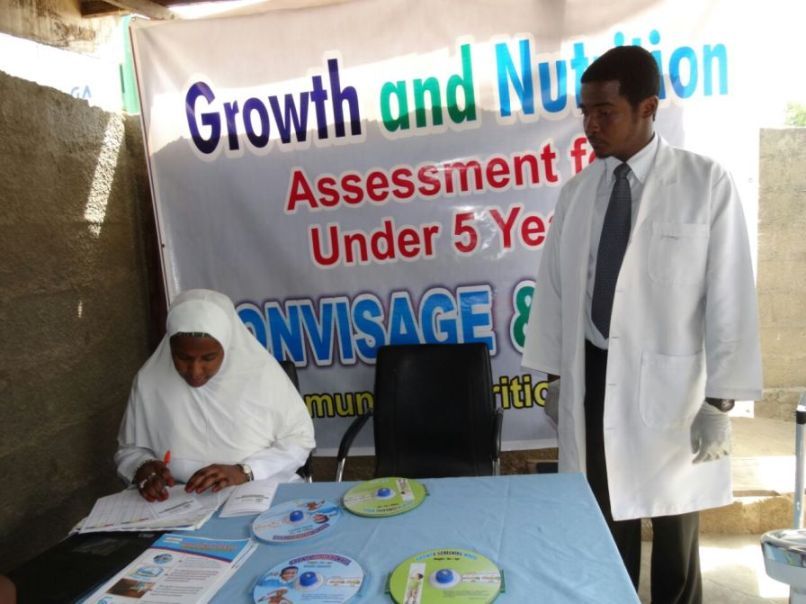 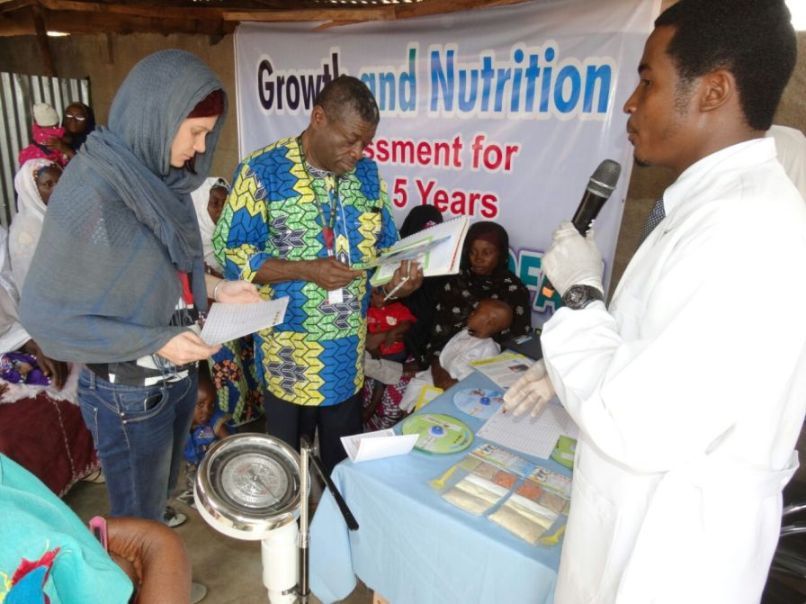