“Because of its unrivalled access and its low production costs, radio is the technology that best meets the information and communication needs of farmers, world-wide” For now, radio is a medium of choice to share knowledge for a better world.

Both women and men submitted that through rural radio, they increased their interaction with government officials and people in the urban areas:

They have been able to promote the idea of peaceful coexistence among themselves and between them and other rural communities.

They have kept alive some of their cultural practices and have shared these with those outside their community.

They have gained psychological satisfaction by hearing their own voices or those of theirs on air.

It has increased the rate of interaction within and between rural community members. This is because they talk more now with and among themselves and this enables them to know themselves more than they hitherto.

Community members are also able to air their views on issues that affect them such as leadership roles and translation of election promises into action.

Radio Kano, the State Radio Station, which serves four neighboring states of Jigawa, Katsina, Kaduna, Zamfara and parts of the Republic of Niger in addition to the 44 LGAs of Kano will continue to be the choice of these extension radio programs.

The procedure for the radio programs is that first women, youths and farmers’ groups are trained by WOFAN on various extension and awareness topics after which group members package their discussions around those topics for the wider listeners of radio Kano giving their concerns and calling on relevant bodies such as government or research institutions to address problems of farmers and their communities.

When important concerns are raised, WOFAN finds appropriate technical support or a follow up on the issue with policy makers through advocacy visits by the groups.

Some important radio topics raised by WOFAN groups include:

The need to increase cotton production 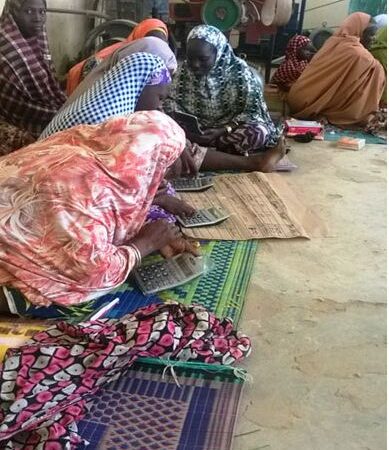